The Changing Role of Identity and Values in Scotland’s Politics

This paper uses data from the Scottish Social Attitudes survey over the past decade – during which there has been both an independence and an EU referendum – to examine changes in the role of identity and values in attitudes towards independence and electoral choice. The text examines first the link between support for independence and (i) people’s sense of national identity and (ii) whether voters are on the ‘left’ or the ‘right’ or are ‘liberals’ or ‘authoritarians’. We then undertake a similar analysis of party political support. We find that support for Scottish independence has become more entwined with a strong sense of Scottish identity, and with a more liberal outlook. Party political support, meanwhile, has become more strongly related to voters’ views on independence and whether or not they are social liberals or authoritarians. This picture of a more polarised Scottish politics could well mean that there is less scope for other issues such as party policies or the perceived competence of party leaders to influence how people will vote in the Scottish Parliament election on May 6.

Read the full report: The Changing Role of Identity and Values in Scotland’s Politics 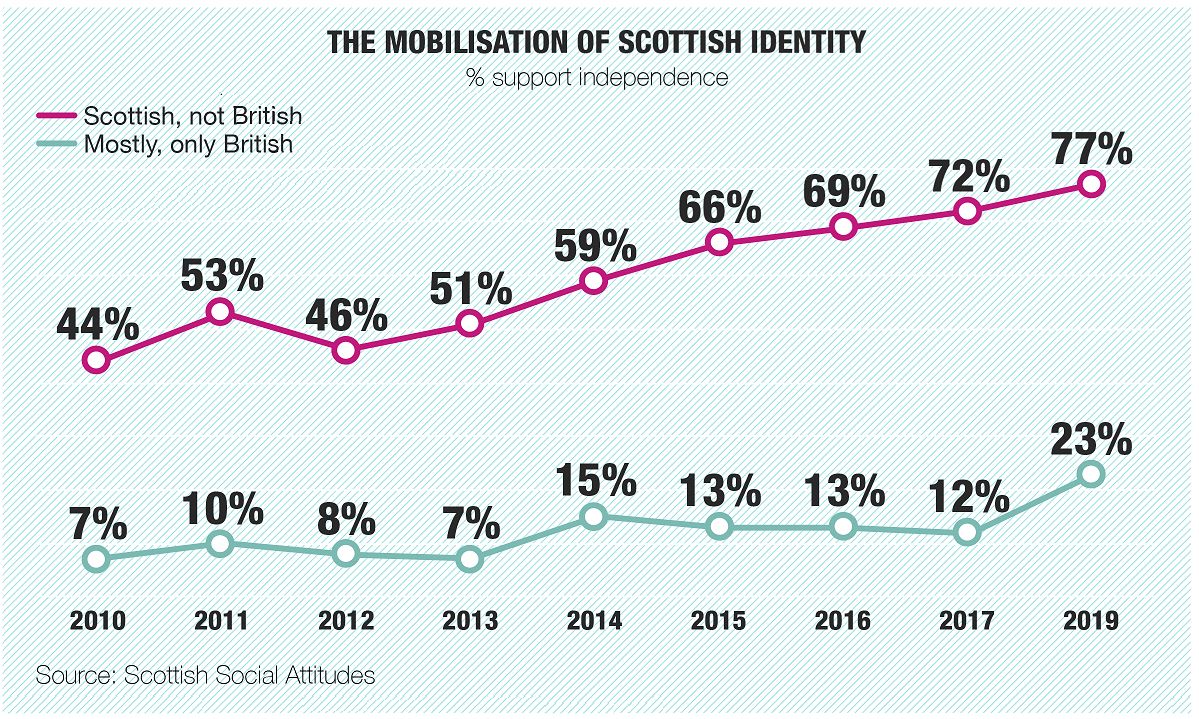