The latest and final Poll of Polls is based on two polls by YouGov,  one poll by Panelbase, and one poll by Survation.  Between them the four polls were conducted between 29 April and 6 May. The most recent additions are a poll by Survation and a poll by YouGov, the fieldwork for both of which was concluded on 6 May. This is an updated version of the poll of polls dated 6 May published previously following the release earlier that day of a poll by Panelbase. 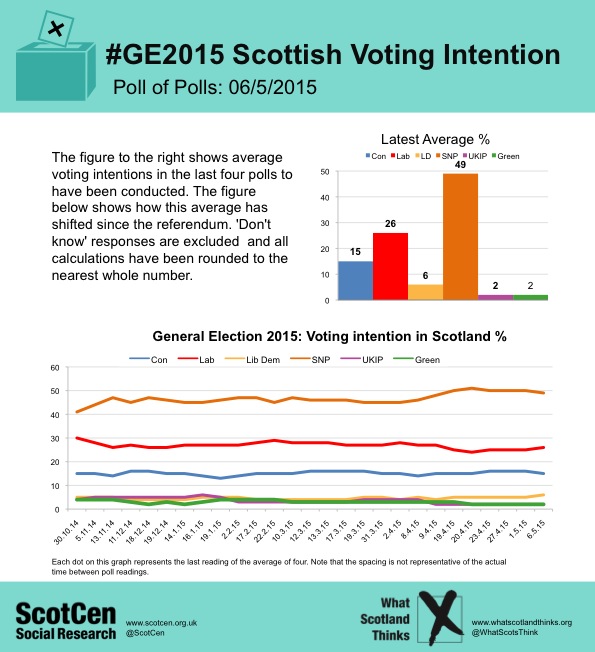