The latest Poll of Polls is based on two polls by YouGov,  one poll by Panelbase, and one by TNS BMRB.  Between them the four polls were conducted between 18 March and 9 April. The most recent addition is a poll by TNS BMRB  whose fieldwork was concluded on 8 April but whose results were not published until 13 April, after the publication of a poll by YouGov whose fieldwork concluded on 9 April. This is thus a revised version of the poll of polls for 9 April that was published previously.

In the 2010 general election, Labour won 42% of the vote in Scotland, the SNP 20%, the Liberal Democrats 19%, the Conservatives 17%, UKIP 1% and the Greens 1%. If the difference between those figures and the parties’ ratings in our latest poll of polls were to be replicated in each and every constituency,  Labour would win 5 seats, the Liberal Democrats 1, the SNP 53, the Conservatives none, UKIP none, and the Greens none. 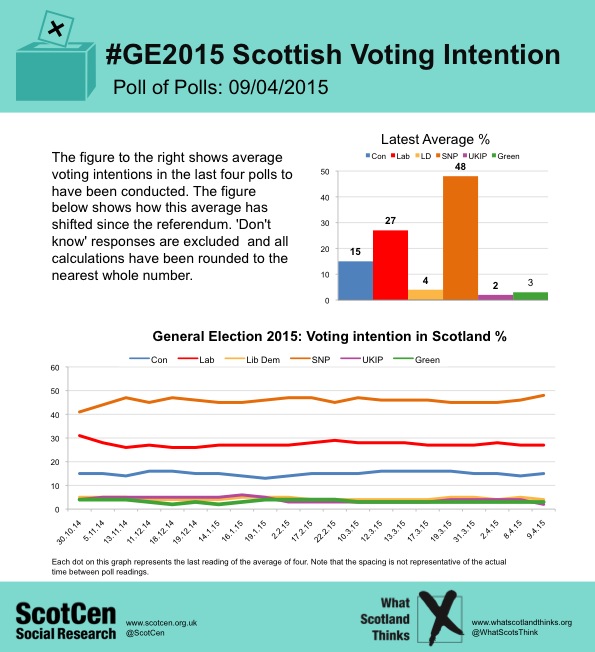