The latest Poll of Polls is based on one poll by Survation, one poll by YouGov,  one poll by Panelbase, and one by Ipsos MORI .  Between them the four polls were conducted between 16 and 27 April. The most recent addition is a poll by Ipsos MORI whose fieldwork was concluded on 27 April, the same day as a poll conducted by Survation that was released 24 hours earlier. This is therefore a revised version of the poll of polls dated 27 April. 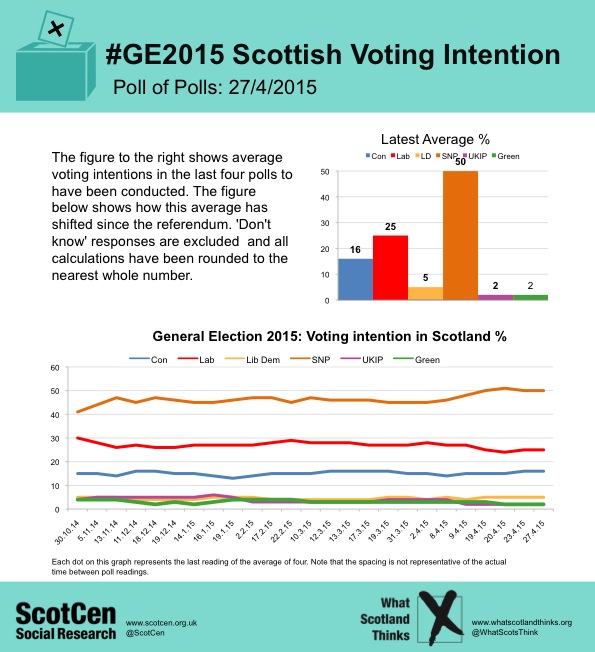