The latest Poll of Polls is based on two polls by YouGov,  one poll by Panelbase, and one by TNS BMRB.  Between them the four polls were conducted between 18 March and 23 April. The most recent addition is a poll by Panelbase whose fieldwork was concluded on 23  April. 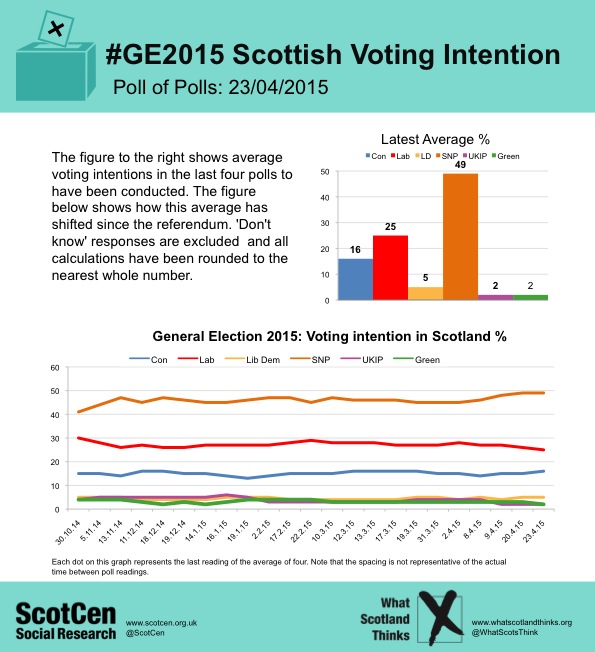