The latest Poll of Polls is based on one poll by Panelbase, one by ICM, one by Survation, and one by the British Election Study.  Between them the four polls were conducted between 6 March and 2 April. The most recent addition is a poll by Panelbase whose fieldwork was concluded on 3 April. At the same time the series has been updated to incorporate results from the British Election Study, the fieldwork for which ended on 13 March but whose results were not published until 29 March. 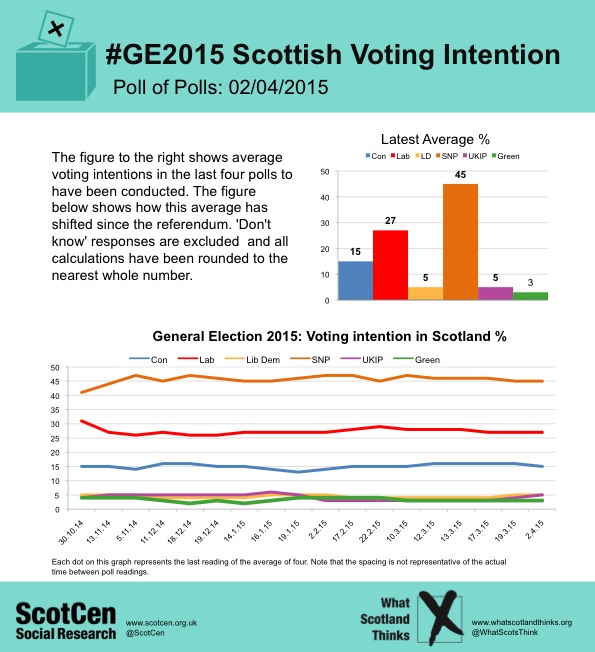