The latest Poll of Polls is based on one poll by Panelbase, one by ICM, one by Survation, and one YouGov.  Between them the four polls were conducted between 12 March and 2 April. The most recent addition is a poll by YouGov whose fieldwork was concluded on 31 March but whose results were not published until 6 April, subsequent to the publication of a poll by Panelbase whose fieldwork concluded on 3 April. This is thus a revised version of the poll of polls for that date. 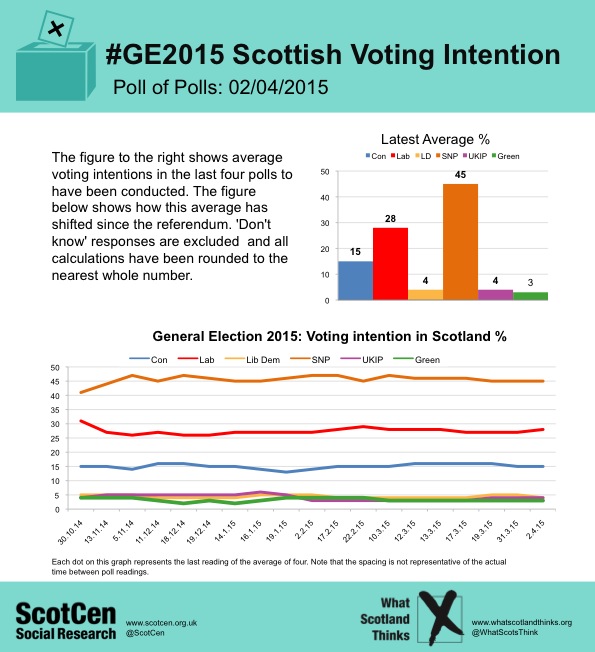