The latest Poll of Polls is based on two polls by Survation, one poll by ICM, and one by YouGov.  Between them the four polls were conducted between 6 and 19 March. The most recent addition is a poll by ICM whose fieldwork was concluded on 19 March.

In the 2010 general election, Labour won 42% of the vote in Scotland, the SNP 20%, the Liberal Democrats 19%, the Conservatives 17%, UKIP 1% and the Greens 1%. If the difference between those figures and the parties’ ratings in our latest poll of polls were to be replicated in each and every constituency, the Conservatives would win 1 seat, Labour 9, the Liberal Democrats 1, the SNP 48, UKIP none, and the Greens none. 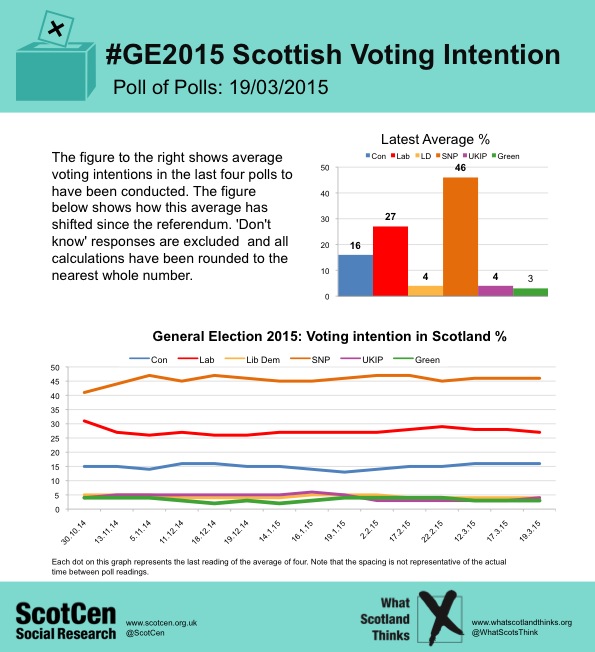