The latest Poll of Polls is based on two polls by Survation, one by YouGov, and  one by TNS BMRB.  Between them the four polls were conducted between 30 January and 17 March. The most recent addition is a poll by Survation whose fieldwork was concluded on 17 March. (At the same time the series now also includes an earlier Survation poll whose fieldwork concluded on 10 March, but whose results were not published until 19 March.) 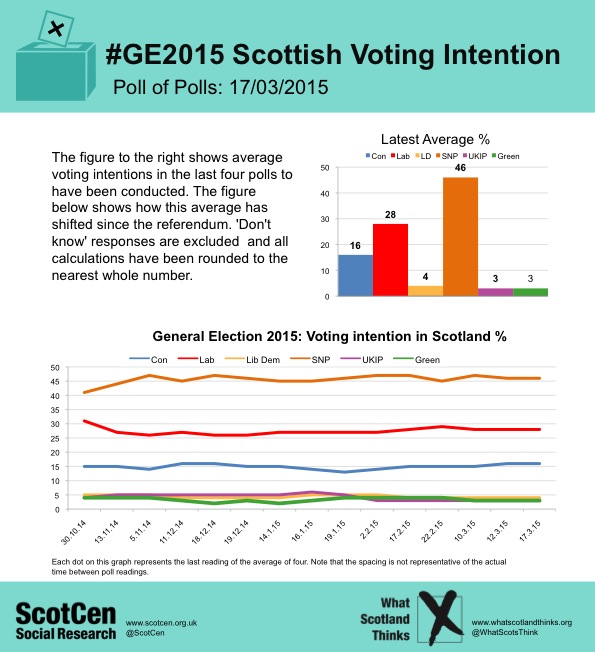