The latest and last Poll of Polls is based on two polls by Survation,  two by Ipsos MORI, one by YouGov and one by Panelbase, and one by ICM.  The polls were conducted between 12 and 17 September.

The calculation is exceptionally based on seven polls because one poll by Survation and one by ICM shared exactly the same fieldwork dates. They have each been counted with a weight of 0.5.

The following new polls have been added to the calculation:  Ipsos MORI for Evening Standard, first released on 18 September. Its inclusion made no difference to the previous poll of polls dated 17 September 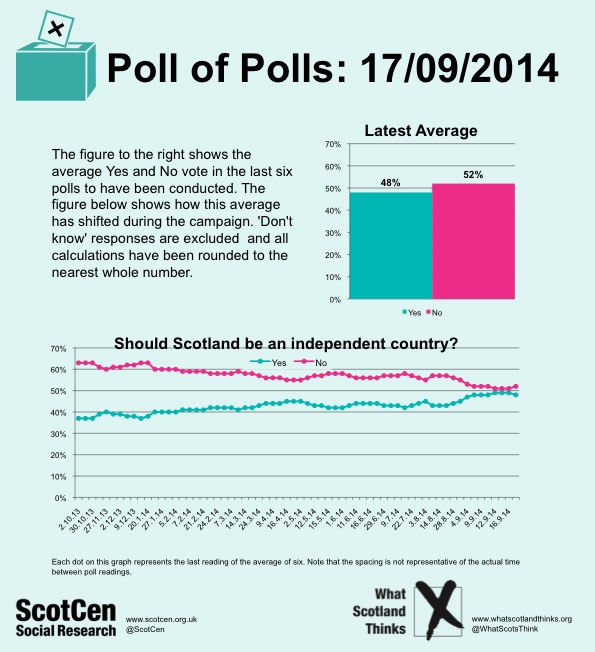