The latest Poll of Polls is based on two polls by ICM, two by Survation,  one by Panelbase  and one by Opinium,  The polls were conducted between 9 and 16 September.

The following new polls have been added to the calculation:  Survation for Daily Mail, Opinium for Daily Telegraph and ICM for The Scotsman, all first released on 16 September. The calculation includes an ICM poll for The Sunday Telegraph that had a smaller sample size than usual, it has exceptionally been included with a weight of 0.7. 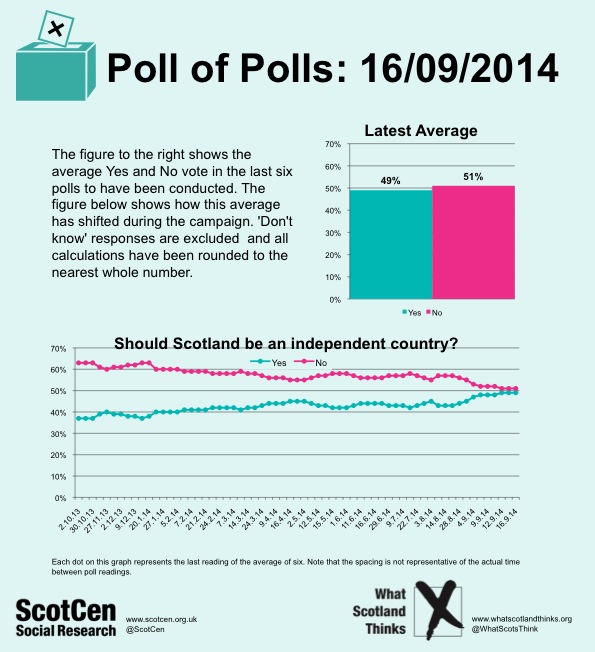