The latest Poll of Polls is based on two polls by ICM, one by Survation, one by YouGov, one by Panelbase  and one by Opinium,  The polls were conducted between 9 and 12 September.

The following new polls have been added to the calculation: Panelbase for The Sunday Times, Survation for Better Together, Opinium for The Observer and ICM for the Sunday Telegraph, all first released on 13 September. Because the last of these polls had a smaller sample size than usual, it has been included with a weight of 0.7.

Note that the fieldwork for the Opinium/Observer poll was completed on 11 September, and its inclusion means the estimated of the poll of polls for that date in the historical series has now been amended to Yes 48, No 52 (originally Yes 49, No 51).

This version of the Poll of Polls dated 12 September differs from its predecessor published earlier this evening with the addition of the Panelbase poll for The Sunday Times. 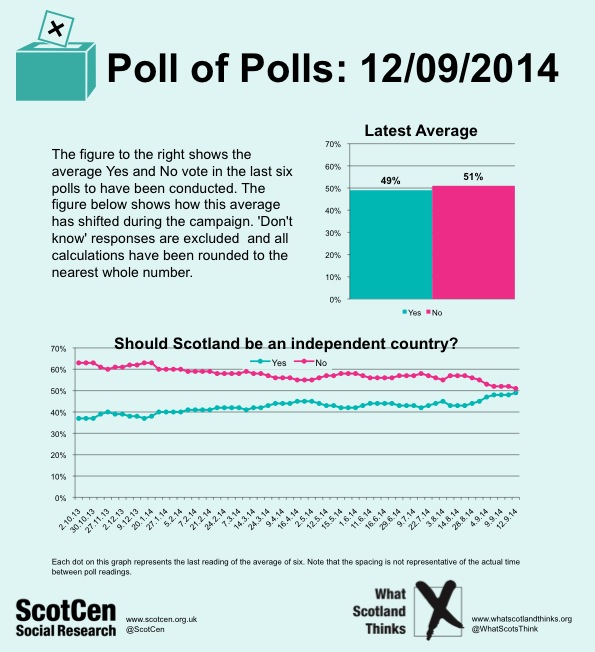