The latest Poll of Polls is based on two polls by ICM, two by Survation, one by YouGov  and one by Opinium,  The polls were conducted between 5 and 12 September.

The following new polls have been added to the calculation: Survation for Better Together, Opinium for The Observer and ICM for the Sunday Telegraph, all first released on September. Because the last of these polls had a smaller sample size than usual, it has been included with a weight of 0.7.

This calculation will be updated when the results of a further poll are released later tonight or tomorrow. 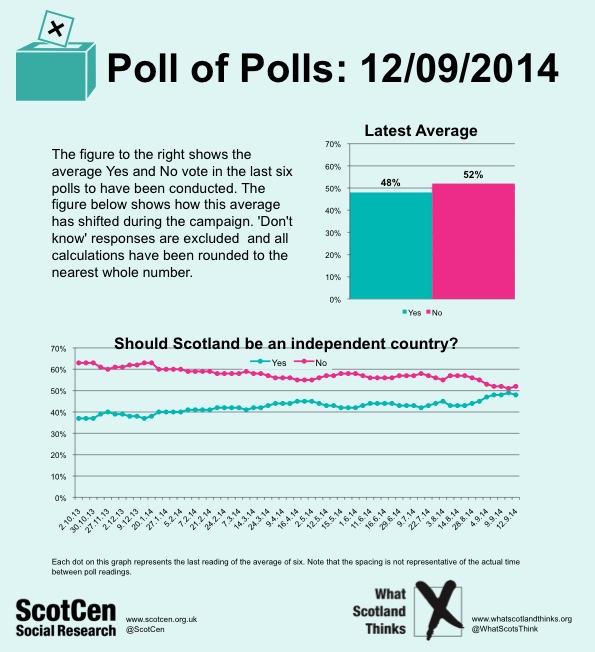