The latest Poll of Polls is based on two polls by YouGov, one by ICM, one  by Survation, one by TNS BMRB  and one by Panelbase,  The polls were conducted between 27 August and  11 September. The most recent polls included in the series were conducted by YouGov for The Times and The Sun and by ICM for The Guardian, both of which were published on 12 September.

This is an updated version of the poll of polls posted on 11 September, so that the calculation takes into account the ICM poll for The Guardian. 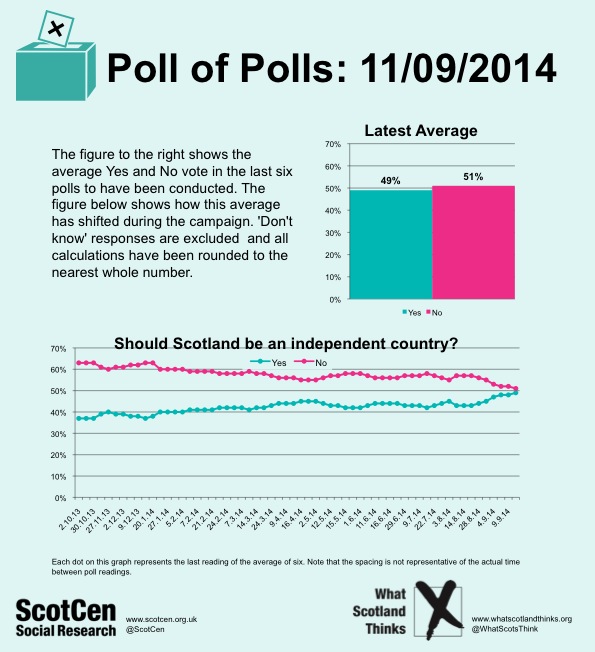