The latest Poll of Polls is based on one poll by Survation, one poll by YouGov,  one by TNS BMRB, one by Ipsos MORI, one by ICM and one by Panelbase,  The polls were conducted between 7 July and 7 August. This is an updated version of the poll of polls previously published for this date, following the publication on 11 August of a poll by YouGov whose fieldwork, like that of a Survation poll published on 9 August, also ended on 7 August. 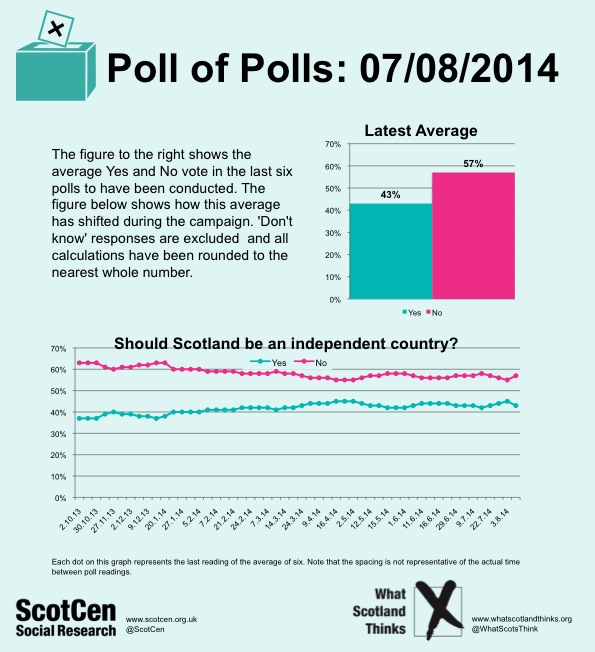