Poll of Polls: 8 May

The latest Poll of Polls is based on one poll by Survation, one by Panelbase, one by ICM, one by YouGov, one by TNS BMRB and one by Progressive Scottish Opinion. The polls were conducted between 4 April and 8 May.

The publication on 14 May of a poll by TNS BMRB, the fieldwork for which ended on 2 May, earlier than the most recent poll conducted by Progressive, has not changed the previously published estimate for 8 May. 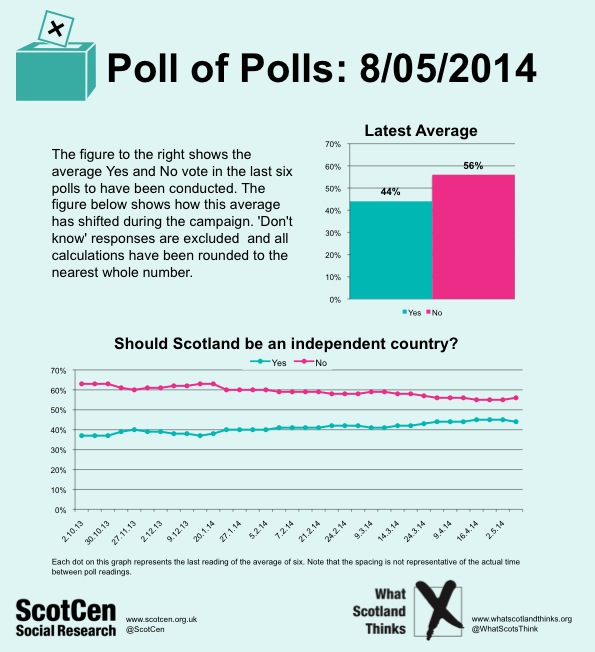